So Much Soul Blossom 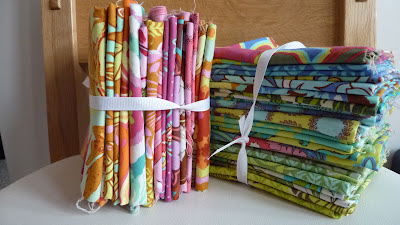 I'm a real sucker for Amy Butler Fabric.
She was my first designer that I really knew and was all that I bought when I started out two years ago.
When this line of her fabric came out I was quite excited.
I loved the bright colours but when I received the parcel in the mail, I was a bit taken back,  It was a lot brighter than I thought so it was tucked away in the back of the cupboard for a few months.

I had seen Amy's quilt on her web site and although loved the craziness of it, it meant that I would have to buy a second FQ bundle (that's 33 FQ's) so after some deliberation, should I, shouldn't I...well you know... I did just that.
Has the quilt got made....no. And would be the main reason why I stopped myself going out and buying her latest fabric line because I couldn't justify it when I hadn't used this up first.

I think though after pulling the fabric out a few weeks ago  to try and make some i pod covers, and discovered that I have got that excitement back again about this fabric line. 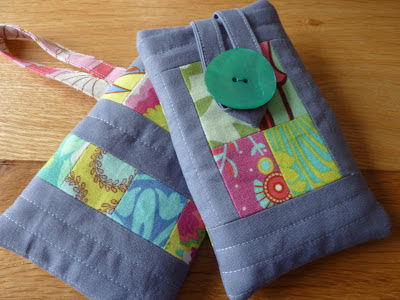 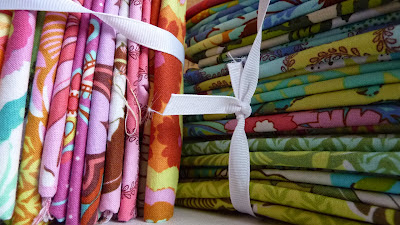 When Ginger Monkey started her Swoon - a - Long early this year, I though about using it and would it work or would it be too bright or large a print for the design of the quilt, hence I have been left behind on that project but

I was flicking through my quilting books and found in Elizabeth Hartman's book a quilt called Kitchen Window.  Maybe this could use a bit of Soul Blossom to make this.
I am now just waiting for a parcel...(only one) to start cutting my strips of Kona Slate...
and we'll be ready to sew. 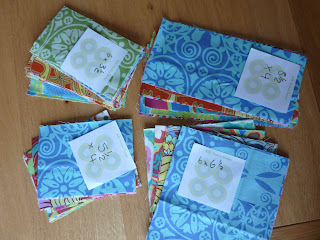 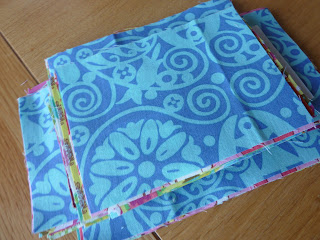 I did look at the Stained Glass Window QAL with Sarah at narcoleptic in a cupboard maybe after this.  I'm sure that I will have ample amounts left.
As for the Swoon....I think it will be a goer, just need to start it...
Oh the thought of cutting all those blocks.
(Have I just decided to do three quilts?) 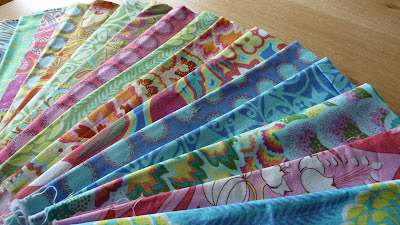 I love your comments and do try my best to reply to them all.

Erin @ Billy Button Design
"Not with the good sissors!" and "Don't you touch that tension!" would be my first memories of my sewing days with my mother. I have always enjoyed sewing since she took the time to teach us all to sew on her green Singer sewing machine. She was always sewing or mending something, and I loved to rummage through her chest of fabric. Modern quilting is what catches my eye the most but I do like making sweet little things for special people in my life.